Garnet and Bea Shanahan established Shanahan Harness Shop in 1968. Garnet, then a tool and die maker, had a great love for horses and an appreciation for leather craftsmanship. The first bridles were stitched by hand before he purchased his first sewing machine and in 1970 Garnet made his first complete harness for his father. This harness now occupies a place of honor on the wall of Shanahan Harness. With his tool and die background and knowledge of horses, Garnet improved many aspects of show harness including several styles and sizes of chain, trace hooks for safer and easier use, trace plates, new designs of back pads and new patterns that have changed the way draft horses are harnessed for shows today.

In 1988, Dan started his apprenticeship under his father and became part of the business. Dan's interest in draft horses as well as coach and carriage horses adds another dimension to Shanahan Harness and broadens our spectrum of harness creation.

In 1997, Shanahan Harness moved from Maidstone, Ontario to its present location in Huntsville, Ohio. Here, we are better able to accommodate both our Canadian and American customers.

In 2005, Kristi Bloom joined our business, becoming Kristi Shanahan the following year. Kristi's background of riding as well as driving horses helps to further broaden the scope of our work to include a line of show halters and show bridles for horses, ponies, and lighter draft breeds.

In 2011, 2012, and 2014, Kristi and Dan welcomed Connor, Carter, and Willow, the newest additions to Shanahan Harness. They currently supervise the shop work and keep everyone on their toes.

In August of 2015, we had the pleasure of being interviewed for a television show called Small Town, Big Deal. It was a really neat experience. The episode aired on November 26, 2015 on RFDTV.

Over the years Shanahan Harness has harnessed over 1,000 horses and ponies spanning four continents. Since the beginning of the 'Classic Series' World Championships we have had harness on all but two winners, though both carry our harness today.

Our proudest accomplishment can be seen through the very high caliber of horses, trainers and drivers that use Shanahan Harness. 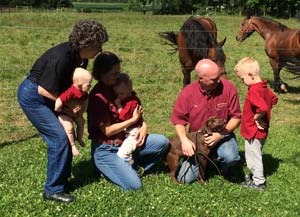 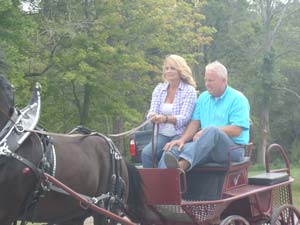 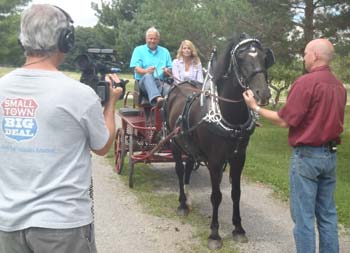